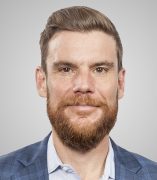 Mundy joined UIC John Marshall after two years at the Shepard Broad Law Center at Nova Southeastern University in Florida where he was an assistant professor teaching Lawyering Skills and supervising the Criminal Justice Clinic. Before entering academia, Mundy was an assistant federal public defender for eight years working first in the Middle District of Tennessee and then in the Southern District of New York. His work included representing clients charged with a range of offenses, including narcotics, firearms, immigration, federal benefits and internet-based crimes. He also argued multiple appellate cases in the United States Court of Appeals for the Sixth Circuit.

He began his legal career clerking for Judge A. Richard Caputo at the United States District Court for the Middle District of Pennsylvania. After completing a one-year term with the judge, he was selected as an Equal Justice Works Fellow and worked at the Tennessee Justice Center in Nashville. His primary work focused on litigation to expand services for children under Tennessee's Medicaid program.

A graduate of the University of Notre Dame, he received a JD degree from Columbus School of Law at Catholic University of America where he was a Charles & Louise O'Brien Public Interest Fellow and a Dulin-Hayes Law & Public Policy Fellow.

His most recent article, "Forward Progress: A New Pattern Criminal Jury Instruction for Impeachment with Prior Inconsistent Statements Will Ease the Court's Burden by Emphasizing the Prosecutor's," appears in the Spring 2016 Fordham Law Review.