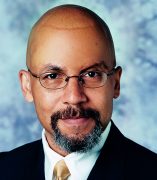 After law school, where he was an editor of the Third World Law Journal, Cecil Hunt worked in private practice in the Boston area for eight years, specializing in real estate and banking law. He was an assistant professor at the University of Puget Sound Law School from 1988-1991 and an associate professor at Touro Law School from 1991-1997.

Professor Hunt was a visiting associate professor at Suffolk University Law School during the 1997-1998 academic year and then joined the faculty as an associate professor the following year. From 1998-2004, Professor Hunt taught courses in Property, Banking Law, Lending Discrimination, and Race and the Law, as well as founding and directing a summer law school preparatory program aimed at minority and other nontraditional entering first-year students. He also directed a four-week residential summer program sponsored by the Council on Legal Education Opportunity. Active as a faculty adviser and moot court team coach, Professor Hunt has received many teaching honors.

In addition to his community service work and membership in various bar associations, he is a frequent speaker and presenter at programs and conferences, often appears on television, and has hosted a weekly live radio show on legal issues.