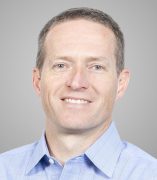 Prior to joining UIC Law, Professor Ford worked as an Assistant Prosecutor at the Extraordinary Chambers in the Courts of Cambodia (ECCC), an international criminal tribunal that was jointly established by the Royal Government of Cambodia and the United Nations to prosecute senior leaders of the Khmer Rouge for atrocities committed in Cambodia between 1975 and 1979. He participated in the selection of crime sites and suspects for investigation, conducted preliminary investigations, and participated in the co-investigating judges' investigations. In addition, he represented the Co-Prosecutors during the trial of Kaing Guek Eav, alias "Duch," the first person to be tried by the ECCC.

Prior to his work at the ECCC, Professor Ford worked for the Open Society Justice Initiative, monitoring various aspects of the start-up of the ECCC, and wrote a number of reports for various international organizations on the rule of law in Cambodia and the impact of corruption. Before moving to Cambodia, he was an associate at Fulbright & Jaworski in Minneapolis and Howrey Simon Arnold & White in Washington, DC.

Professor Ford received an LLM in Public International Law and Armed Conflict, with Distinction, from the University of Nottingham. He received his J.D., with honors, from the University of Texas School of Law, where he was a member of the Texas Law Review and Order of the Coif. He was also the recipient of the Robert S. Strauss Endowed Presidential Scholarship in Law.