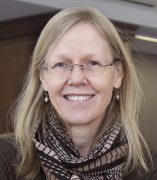 As a law student, Karen Halverson Cross served as editor of the Harvard Civil Rights-Civil Liberties Law Review. After law school, she conducted research as a Fulbright scholar in former Yugoslavia and worked as an associate with Cleary Gottlieb in New York. Since joining the John Marshall faculty, Professor Cross has taught at the Catholic University of Portugal in Lisbon, the University of San Diego's summer program in Moscow, the Central European University in Budapest, and the MBA program for Executives and International Managers at UIC. Her teaching and scholarship focus on contract and sales law, international economic law, dispute resolution, and higher education law and policy. Her scholarship has appeared in the Journal of Collective Bargaining in the Academy, Journal of International Economic Law, Ohio State Law Journal, and Michigan Journal of International Law, among other publications. Professor Cross was awarded a Fulbright Distinguished Chair to Portugal in 2008 and has since served on many peer review committees for the Fulbright program. During 2018-19, she served as Associate Dean for Administration at John Marshall, developing law school policies and assisting with the law school’s acquisition by UIC. She has served on the UIC Senate and the Senate’s Committee on Educational Policy (SCEP) since UIC’s acquisition of John Marshall in August 2019. Professor Cross returned to John Marshall in 2018 after taking leave to work in central administration on Northwestern University’s Evanston campus.