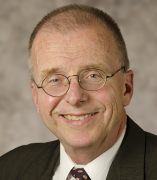 Paul Wangerin graduated from The John Marshall Law School in 1978, after attending as an evening student. He then served as law clerk to the Honorable Howard Ryan of the Illinois Supreme Court and as an associate attorney at Winston & Strawn, Chicago's oldest law firm and one of its largest.

Professor Wangerin publishes and speaks at conferences on both substantive law and professional education issues. His articles have appeared in the Stanford Agora Electronic Law Review (2002) and the Journal of Legal Education (2001, 2003).

Professor Wangerin joined the faculty in 1982. He teaches Commercial Law and Remedies.