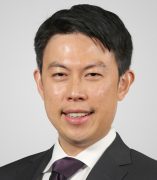 Daryl Lim is a Professor of Law and the Director of the Center for Intellectual Property (IP), Information & Privacy Law. His teaching and research interests include all areas of IP law, antitrust law, and civil procedure.

As Center Director, he works with a wide range of stakeholders from government, academia, practice, industry, nonprofits, and various student groups within the school. In addition to organizing key events such as the annual IP conference (ipconference.jmls.uic.edu), he has helped transform the Law School into a venue where newsmakers from across the country and around the world regularly speak and interact with stakeholders and students in the IP, technology, and privacy world. He oversees four postgraduate Masters programs in IP as well as in privacy and technology law, all aspects of alumni and partner outreach, and fundraising for the Center.

The Provost appointed him to serve on the University's Promotion and Tenure Committee in 2020, one of nine faculty university-wide. He was also selected to participate in the Faculty-Administrator Leadership Program from 2020 - 2022. He received the Thomas Edison Fellowship award from George Mason University Antonin Scalia School of Law Center for the Protection IP in 2019 and the Microsoft Professorial Fellowship from the Emily C. and John E. Hansen IP Institute at Fordham University School of Law in 2018.

Professor Lim is an award-winning author. His work on judicial dissents in patent law was judged to be among the best law review articles in IP for 2017 and was selected for publication in the IP Law Review, an anthology published annually by Thomson Reuters (West). His work on how behavioral economics can be applied to the antitrust-patent intersection was nominated for the 2018 Concurrences Antitrust Writing Awards in the IP category. He won the Grand Prize in an international essay writing competition organized by the International Association for the Advancement of Teaching and Research in IP (ATRIP) in 2009. He has also been nominated for several other awards, including the National Law Journal IP Trailblazers, the Top 10 Antitrust / Competition Law Academics under 40, and received the annual award for outstanding scholarship in 2014 and 2018.

Professor Lim's work has also appeared before the U.S. Supreme Court and governmental reports in the U.S. and abroad. His book, Patent Misuse and Antitrust: Empirical, Doctrinal and Policy Perspectives, has been cited to the Court by lawyers for both sides in their briefs in a case concerning post-expiration patent royalty payments. His work has been cited in several reports, including those by the Organization for Economic Co-operation and Development (OECD), the World Intellectual Property Organization (WIPO), and the Canadian government.

He has also contributed to practitioner-focused publications for the American Bar Association, IPWatchdog, IP Watch, and IP Magazine. Legal publications, specialty blogs such as Patently-O, as well as mainstream media sources such as Forbes, Slate, The Daily Journal, RealClearPolicy, and USA Today featured his views on current IP developments.